Who Cares? Scotland Wins UK Charity of the Year

Who Cares? Scotland recognised for securing the independent review of the Scottish care system 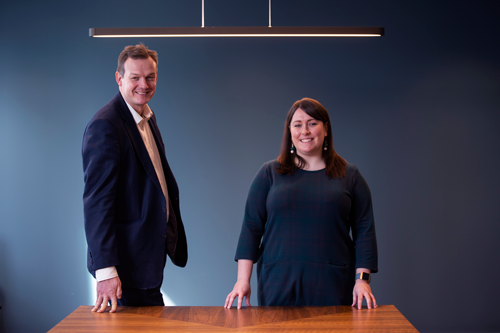 U.K. Charity of the Year Award

Who Cares? Scotland – now in its 40th year as the nation’s only charity dedicated to representing care experienced people – has been recognised in the Charity Awards UK 2018 as the UK Charity of the Year and for Campaigning & Advocacy. The longest running Charity Awards in the UK, they have been championing charities for 18 years and the importance of the work that the charity sector does.

Who Cares? Scotland has been identified as having a positive impact as a campaigning and advocacy organisation for their 1000 Voices Campaign which led to the First Minister, Nicola Sturgeon establishing the independent review of the Scottish care system.

There are currently 15,000 children in care in Scotland and there is nationwide consensus that their life-chances could and should be better, especially when compared to other children and young people in Scotland.

Duncan Dunlop, CEO of Who Cares? Scotland since 2012, said:

We want Scotland to be the best place to grow up for all children in care. Every day across Scotland we support children to feel better included in their day-to-day lives because of our advocates.

Over the past 5 years we have worked with our brave and inspiring members to convince decision-makers to make changes to law, policy and practice – and our 1000 Voices Campaign was another example of that.

This award is for every Care Experienced person who has ever felt unheard, like their voice didn’t matter or that there was no point.

It’s for those who hoped. Hoped that the world around them could be better and that tomorrow could be a place they belonged. So many of our members tell us about feeling like they are in a world where there is little choice. Where the decisions, the power, the story belongs to others.

Owning being Care Experienced doesn’t have to be about standing on a stage, or being featured in the paper. It’s about a moment where people decide not to be ashamed any more. To conceal or avoid a part of themselves that exists.

It happens quietly in bedrooms, when young people are just thinking in their own heads. In classrooms, when people tell their friends a little about where they live. In workplaces, when people invite colleagues round for dinner one night.

This award marks that journey continuing for Care Experienced people in Scotland and beyond. We’re going to keep helping people to speak out, make change and understand that their story belongs to them.

The charity began its 1000 Voices campaign during the Scottish Elections in 2016.  Aimed at all leaders of political parties, the charity’s recognition of the importance of care experience voice successfully convinced leaders in all major political parties in Scotland, including First Minister Nicola Sturgeon. The First Minister announced at her party’s 2016 Autumn conference that she would be launching a root and branch review of care in the country. The 1000 Voices campaign built on the charity’s previous campaigning success.  This included changes in university funding and increases in the age of leaving care,