Who Cares? Scotland comment on recent figures highlighting the number of missing people in care 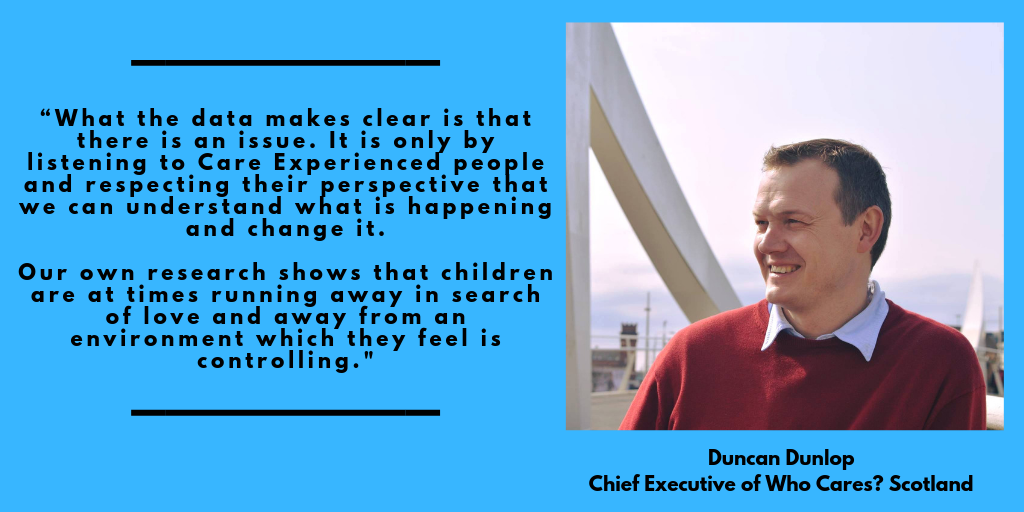 Figures obtained by the Scottish Conservatives show Police Scotland recorded 1,935 cases of children in care being reported as missing in 2018.

“These are very worrying statistics affecting an extremely vulnerable group of young people. People don’t run away from loving homes on this scale, so there’s clearly a problem.”

In response to these figures Who Cares? Scotland Chief Executive Duncan Dunlop said,

“Everything about these statistics will, rightly, feel strange to people who have no experience of living in or delivering care. Children who are not in care do go missing but the over-representation of Care Experienced people in missing statistics is worrying.

“It’s really important to understand what is making children want to leave somewhere that is supposed to keep them safe and what is leading to care staff contacting the police so often. Research from the Howard League [1] and the Centre for Youth and Criminal Justice [2] shows that this level of police involvement in children’s lives can have a longer term impact on how they see themselves and the police. Our own research [3] shows that children are at times running away in search of love and away from an environment which they feel is controlling.

“What the data makes clear is that there is an issue. It is only by listening to Care Experienced people and respecting their perspective that we can understand what is happening and change it.” 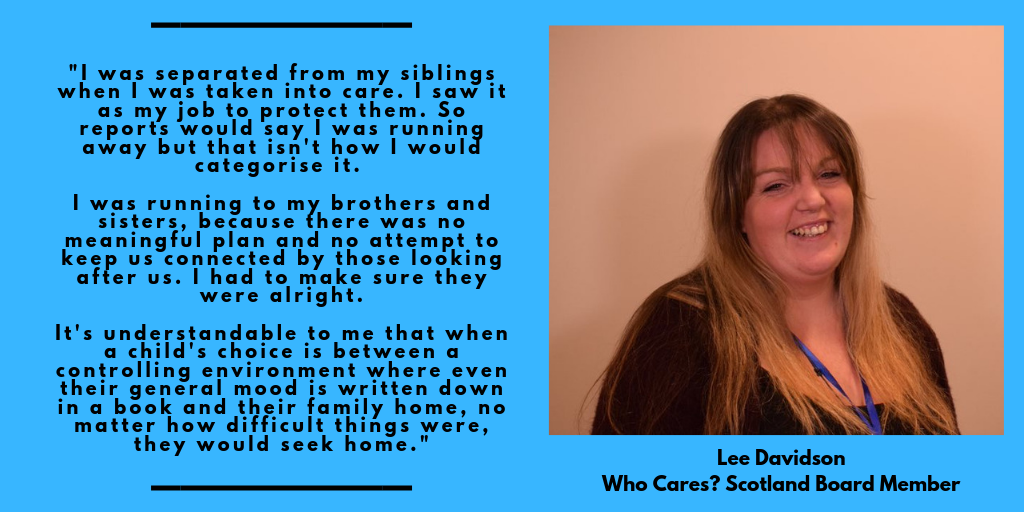 “These statistics aren’t a surprise to me. That doesn’t mean they should be ignored.

“I was separated from my siblings when I was taken into care. I saw it as my job to protect them. So reports would say I was running away but that isn’t how I would categorise it. I was running to my brothers and sisters, because there was no meaningful plan and no attempt to keep us connected by those looking after us. I had to make sure they were alright.

“I think that the mix of adult responsibility that I had, and the assumptions that the police had after routinely being called on to deal with children running away from care, meant that when I ran away at 15, an officer that I reached out to completely missed my vulnerability.

“Children in care often come from homes with immense challenges into a broken system that is unequipped to support them. It’s understandable to me that when a child’s choice is between a controlling environment where even their general mood is written down in a book and their family home, no matter how difficult things were, they would seek home.” 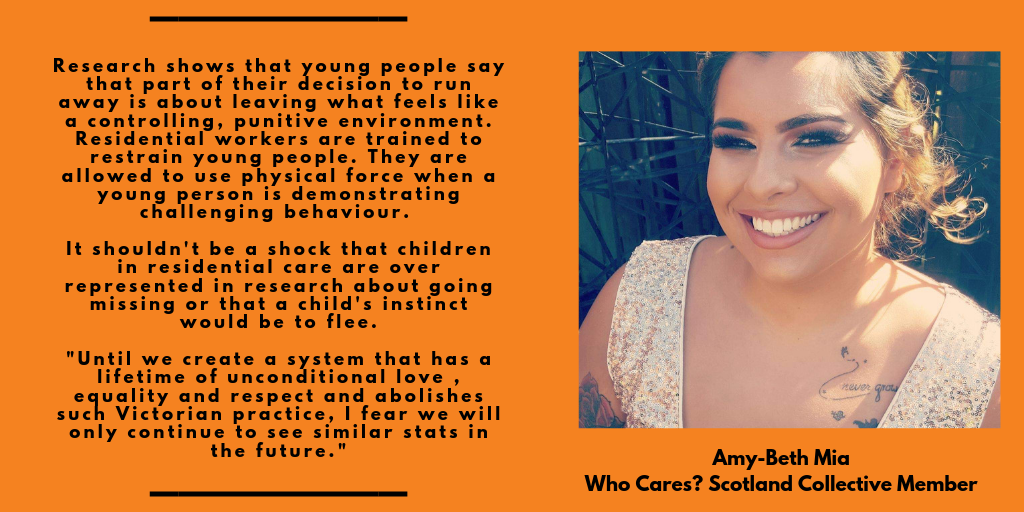 “It’s heartbreaking to read these statistics but unfortunately not at all surprising. I see much of my experience of care reflected in them.

“Research shows that young people say that part their decision to run away is about leaving what feels like a controlling, punitive environment. Residential workers are trained to restrain young people. They are allowed to use physical force when a young person is demonstrating challenging behaviour. It shouldn’t be a shock that children in residential care are over represented in research about going missing or that a child’s instinct would be to flee.

“Until we create a system that has a lifetime of unconditional love, equality and respect and abolishes such Victorian practice, I fear we will only continue to see similar stats in the future.”

Read more about research Who Cares? Scotland has carried with Care Experienced people on this issue.

[1] The Howard League, Ending the Criminalisation of children in residential care, 2017 https://howardleague.org/wp-content/uploads/2017/12/Ending-the-criminalisation-of-children-in-residential-care-Briefing-two.pdf