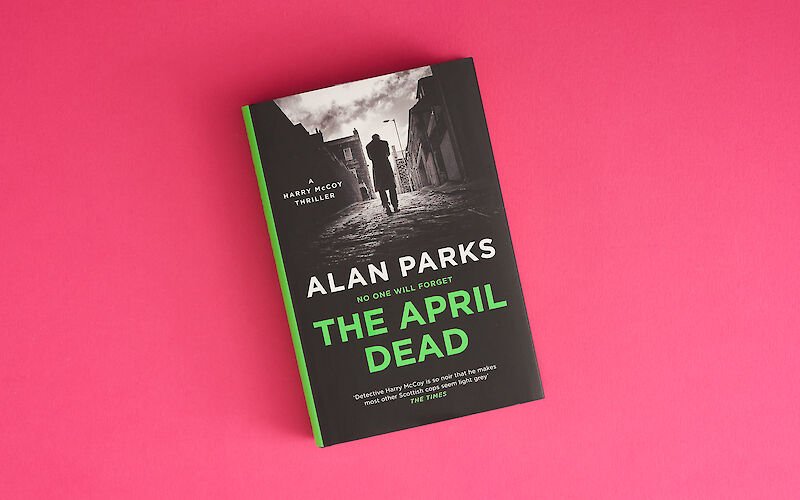 In November 2021, members of the Who Cares? Scotland Media Club appeared on the BBC Scotland TV Show, Big Scottish Book Club. I was lucky enough to be a part of this.

In the programme, the group discussed the book The April Dead by Alan Parks, the fourth story from the Harry McCoy series. A Care Experienced police detective in 1970s Glasgow, Harry McCoy must figure out who is bombing the city. Along the way, he is helped and hindered by Care Experienced people from his past.

As a Care Experienced person, I’d like to explore how this book made me feel and how I felt about it. It’s also worth noting that this book deals with adult themes and may not be suitable for younger readers.

There was a lot I liked about this book and a lot I didn’t like. As expected, as a result of hundreds of years of stigmatising literature around Care Experienced people; the tropes associated with Care Experienced characters were there and often used to explain a lot of the characters issues. On top of that, the book covers difficult topics, like abuse and violence, and there is language used which made me feel uncomfortable. This was explained as it being commonplace in the period it was set.

However, as a fan of crime fiction I enjoyed following a Care Experienced detective who was solving the mystery. As a character I really liked Harry McCoy, someone I’d describe as a man who would do anything for those around him even to his own detriment, although he’d probably not admit that!

I’m very aware that this is just my opinion on the book, however, and I’m always keen to hear what others think. If you want to find out what the other members thought of the book you can watch the show on BBC iPlayer.