Who Cares? Scotland caught up with Ken Armstrong & T Christian Miller, authors of an article which has inspired the new Netflix show 'Unbelievable'. 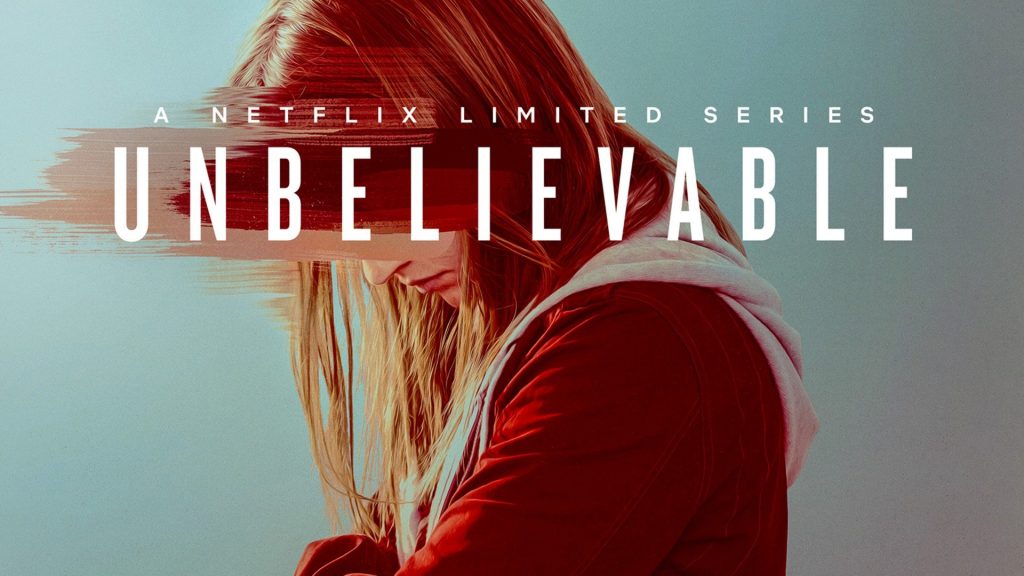 Last month Netflix released the show, Unbelievable. The show follows a young woman who is accused of lying about a rape as two female detectives investigate a spate of eerily similar attacks. The show is based on the true story of a Care Experienced woman, Marie.

Marie told her story to Ken Armstrong & T Christian Miller for a story which was published on the website ProPublica. To read, “An Unbelievable Story of Rape” click here. The article won the 2016 Pulitzer Prize for Exploratory Reporting. The Pulitzer Prize board describe this as,

“For a distinguished example of explanatory reporting that illuminates a significant and complex subject, demonstrating mastery of the subject, lucid writing and clear presentation, using any available journalistic tool”.

You can also listen to a podcast based on this article.

During our work on the Who We Are campaign we have been looking at news media. For us, it is important that when someone reports on Care Experienced people’s lives it is in a fair and accurate way. We felt that the work done by Ken Armstrong and T Christian Miller fit into this and has subsequently meant that any portrayal of Marie in the Top Ten Netflix show was well received by Care Experienced people.

Are you still in touch with Marie?

I am. We’ve stayed in touch the past four years, and we still talk fairly often. More than anything, I want to make sure she knows I’m always available if she has any concerns or questions. I also just like hearing how she’s doing.

Your article demonstrates quite clearly the differences in the lives of Care Experienced people. Was this deliberate?

It wasn’t. It was rather borne out of her story and all that she had experienced. At the time she was assaulted, Marie was only 18. About two-thirds of her life had been spent in the care system. And even at 18 she was in a program for young adults transitioning out of foster care. For us to profile Marie — critical, in this story — we needed to account for her experience growing up. We needed to describe her relationship with Peggy and Shannon, two former foster mothers. And we needed to provide the necessary context so that readers would understand how Marie might react to the possibility of losing her subsidized housing, a threat that surfaced during the investigation by Lynnwood police.

There is very little use of the words ‘troubled’ or other synonyms in the piece, except when explaining the circumstances of employees of the care system. Was this a deliberate choice?

I generally try to avoid clichéd adjective-noun pairings — for example, “brutal” preceding “attack.” I don’t always succeed. But I try. So does T. In this story, as in most stories, we really wanted to show, not tell. Marie talked openly about her childhood and the number of families with which she had been placed. But she didn’t talk about it with bitterness. She acknowledged the challenges, said some times were better than others, and expressed pride in her ability to adapt.

What are the principles you apply when working with someone on a story such as this? What can people learn from that?

For me, one of the biggest takeaways was: Don’t assume. Ask.

There’s a tendency to think we know what other people want, or what’s good for them, or what they are thinking. Those assumptions can lead us astray. Marie is strong, perseverant, forgiving. Instead of assuming how she would react to something (for example, assuming she would object to us including in our story an audio clip of her describing the attack), the more respectful path was to ask. (She didn’t object. Her reaction was the opposite. She wanted people to hear her words and hear her voice.)

If you are a journalist and you’re keen to understand how to work with Care Experienced people to tell a story, contact us on 0141 226 4441 or email us at media@whocaresscotland.org.