“The current reality does not need to be tomorrow’s”

Our former Chief Executive, Duncan Dunlop discusses a trip he took to New Zealand in 2016 to oversee a review of their National Child Youth and Family Agency. 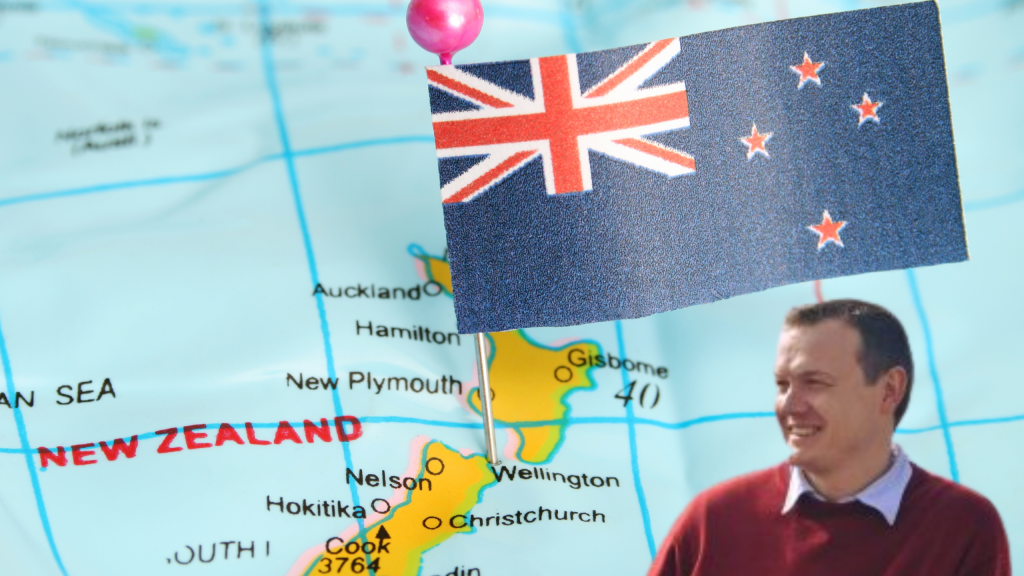 “does not meet the needs of vulnerable children and young people and does not help them achieve long term positive outcomes.”

Their Minister for Social Development, Anne Tolley, went on to describe how the current reality was in need of transformational change. She was clear:

“A bold overhaul of the system is required to place the child and their need for a stable, loving family at its centre.”

This announcement, made in a room more than 11000 miles away, is big news for Who Cares? Scotland and everyone connected to delivering care.

A little over a year ago Minister Tolley and key civil servants were on a European tour aiming to learn what would make the difference in transforming care in New Zealand. We hosted them at Who Cares? Scotland where she met Tony and Thomas, two of our Care Experienced campaigners. The Minister was intrigued to hear how Care Experienced people had been involved in shaping the Children and Young People Act

A few weeks later I was invited to join an Advisory Panel in New Zealand to oversee a review of their national Child Youth and Family agency. Tony came with me for the first month and spent the time meeting care experienced people and talking about his life. It was clear to me that whether they are from Hamilton, Waikato or Hamilton, South Lanarkshire; those brought up in care have a common experience and in turn, a common bond. The product of my time spent on the Panel has been the ambitious and radical report that has been published. Critics may be sceptical about its potential to have a significant impact on the lives of New Zealand’s most vulnerable children. Like other countries, New Zealand has had 14 reviews of their national children and families agency called Child Youth and Family (CYF) and no meaningful improvements have occurred. This is, however, different.

Reviews of care are often stimulated by a crisis or an accumulation of unacceptable outcomes. They focus on tweaking a structural part of a system and almost always call for more information-sharing and communication as part of the solution. The New Zealand review questions the fundamental structures, functions, and culture of care. It asked where the power in the care system really lies and found that too often, power isn’t in the hands of the person experiencing care. That’s why an independent organisation to offer all vulnerable children advocacy and the chance to connect together, like Who Cares? Scotland does here, will be formed in New Zealand.

I see a number of firsts in the official report:

This last finding poses a challenge to Scotland, as recent research by the Centre for Criminal and Youth Justice found that 6% of Scotland’s Care Experienced people go through secure care. In the latest Scottish Government statistics published, there has been a slight increase in our residential care population. At the core of this report, is a belief that there are a great many New Zealanders who can create the communities and families that Care Experienced people can flourish in. The new model is reliant on many more Kiwis stepping forward and stating that they want to care and the state trusting them with that responsibility. This isn’t about a recruitment drive for foster carers, this is about making everyone in New Zealand realise that they can offer something to make the chances and outcomes Care Experienced people better.

They have taken learning from Scotland and know that the route to this change isn’t a poster campaign or a glossy leaflet designed by a marketing firm. The route to change is Care Experienced people themselves.

It will be their testimonies that demonstrate how citizens and communities either discriminated against them or improved their lives by making them feel like they belong. They will motivate people to act. Care Experienced people’s resonating ability to speak the truth, however hard it is to hear, will be central in keeping this process on course. In Scotland we have never designed our care system. It has evolved for well over a century. The core question for us is whether Scotland’s care and protection system and the context and culture within it operates creates the best place to grow up as a vulnerable child? Does it give them the life-long love in their lives to flourish? New Zealand didn’t think there system does: so they are going to reimagine it completely.

I do not believe that transplanting the NZ solution is necessarily the right goal for Scotland. What we should take from NZ is that our current reality does not need to be tomorrow’s. What we believe, is that the solution for Scotland primarily lies in the stories and voices of the care experienced population. We gave New Zealand the confidence to embark on a transformational journey with their Care Experienced young people. It is now our time to go through this cathartic process. This is why we are very excited that all party leaders signed our 1,000 Voices Manifesto.

Overnight I received an e-mail from the Minister thanking us for our support over the last year.

She particularly thanked Tony who she met in our offices in Scotland. She watched the young members of the Review’s Youth advisory Panel confidently speak to the media, she was thinking of the impact Tony had on building their belief. She felt proud and was sure Tony would too.

I certainly am because I know that Care Experienced young people in Scotland sparked a seismic shift that has now been felt on the other side of the world.