As part of Pride 2022 Kasmira Kincaid talks about leaving Care and finding family within the LGBTQ+ community. 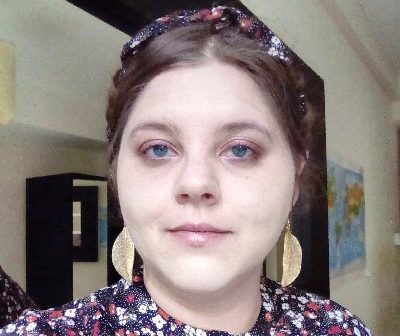 Like most Care Experienced people I left home early. Although in my case it was my choice. You see, I thought I knew everything. I thought I was the smartest, wisest, most grown-person who’d ever existed, and in my mind it was quite frankly embarrassing that, at the grand old age of seventeen, I was still living “at home”. More than that, I wanted to go to Oxbridge. And I didn’t think any of the nearby Sixth Forms were up to the job of getting me there. So I applied to a Grammar School in the next city over and got an offer. Then in August I left my foster carer in Bristol for a flat of my own in Gloucester.

I’d never been more alone. Not only was I leaving care, I was also leaving all my friends, and even a large chunk of my biological family, who all still lived in Bristol.

But the move also represented an opportunity of sorts. A fresh start away from all the people who’d always assumed I was straight, no matter how proficient I proved myself to be in assembling flat-packed furniture. Not long after arriving in Gloucester I cut off my hair, bought some Cherry-red Doc Martens, and joined the local LGBT Youth Group, which we called GayGlos.

The idea of a found family is an old one in queer culture. Harkening back to the days when LGBT teens were routinely kicked out by their parents after coming out. Today we may live in somewhat more tolerant times, but with 24% of young homeless people identifying as LGBT, found families are still as necessary as ever. Whether they’re offering a network of spare rooms and sofas to sleep on in an emergency, or simply a space to feel comfortable in your own skin.

In many ways GayGlos was like any other youth group. We met on alternate Saturdays, in old village halls and disused churches, made elaborate (and often disgusting) toasties, and fell in and out of friendship from one month to another. Whenever a new member was due to join, we’d all wait with baited breath hoping they were cute, and single, and not too young or old for us. (Despite the group leaders insisting we were not to use GayGlos as a speed-dating pool.) Over time though, some of these friendships began transforming into something else.

I got along well with my peers at school, but it was the friends I made at GayGlos who soon became part of the scaffolding of my life; the people I relied on for unconditional support. As our A-levels approached we began spending whole days and even weeks in each other’s houses; studying, stressing, then going to the pub. Sleeping on sofas and mattresses. And when summer came round we’d spend the long empty evenings watching films and debating politics – or going on road trips.

It’s now been ten years since I first moved to Gloucester, and the friends I made through GayGlos are still my closest friends today.

Although we all live in separate corners of the country we still make time to see each other, getting together for New Year’s Eve and celebrating each other’s accomplishments. The bond we have is the closest I’ve ever known to a family. Which brings me to last week.

Last Thursday I found myself up a creek without a paddle. I was working in South London when an unexpected bill drained my bank account. I wasn’t due to be paid until the next day and was now stranded several hours from home, without the money for the train. What could I do? Most people my age, I imagine, would’ve called their mum or dad. I called my friend Justine and asked if she’d lend me £30. (Six to get home; the rest so I could still go for drinks with my work colleagues.) She sent it through at once, returning the favour from when I leant her money a few years earlier.

According to the YMCA, youth services have suffered a 70% pay cut since 2010. And youth groups like GayGlos have become increasingly sparse throughout the country.

Yet for LGBT Care Experienced young people these groups can provide not only a place to hang out on the weekend, and contact with likeminded peers, but the relationships that’ll sustain us throughout the rest of their lives.

I’m not sure I would’ve made it to Cambridge without the friends I made at GayGlos. And I know for a fact I wouldn’t have made it through the turbulent years that followed; when I temporarily dropped out of university and had to stay with one friend then another.

So this Pride month let’s celebrate these spaces. Let’s celebrate found families and all they have to offer. And let’s fight for the right of future generations to find their own families in old village halls and disused churches, over cheese and chocolate toasties.