From Belfast to Bathgate; Care Experienced young people are the change. 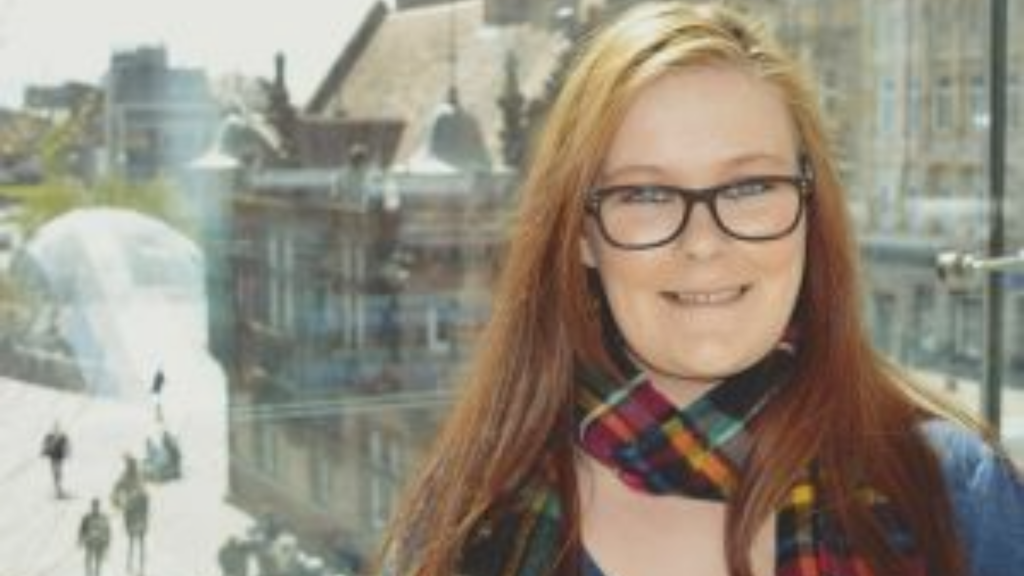 Ever since I started at Who Cares? Scotland as the Policy Assistant in our office, I’ve got to do a lot of different things. I’ve compared care in different countries, I’ve spoken to other care experienced people about their experiences and recently, I’ve been to Northern Ireland to see how young people like us engage with politicians.

Who Cares? Scotland was invited by Northern Ireland’s Voice Of Young People In Care (VOYPIC) to attend a political hustings, with the questions focused on Care Experienced young people.

I was so excited to go but getting there wasn’t as easy as you’d think. Like a large number of young people leaving care, I didn’t have any formal photo ID. I guess no one thought that I would ever need a passport or driving license. Sometimes you need a photo ID on an internal flight, sometimes you don’t.

After numerous phone calls to the airport, the airline, and companies that could provide a photo ID; we got a “maybe, you’ll just need to see what happens on the day.”

Friday morning I was up at 6.30am and was ready to go, if a little nervous about getting through the gate. I was so excited about flying because it was the first time I had been on an airplane in 9 years. I got on. All that nervous energy and worry for a flight that took only 25 minutes. We had time before the event so explored the city. First, we visited the peace wall, which until arriving in Belfast, I didn’t know existed.

The peace wall was put up many years ago to reduce the fighting between the Catholic and Protestant communities. This was such a surreal concept to me, a divide between two communities that weren’t even a road apart. Walking along the road where the peace wall is was such an emotional experience. People had written quotes and messages on the wall and I took in every one I could see.

When we returned to the VOYPIC office to meet their amazing team, I got asked if I would be on the young person’s panel at the hustings event the following day. After the event, the panel would give their verdict on how the politician’s answered the questions. I gladly but nervously accepted; this was an opportunity for my voice to be heard all the way over in Belfast.

I got to meet some of Northern Ireland and Ireland’s Care Experienced young people during the weekend. I was so excited to hear about their care and aftercare experiences and the questions they wanted to ask the politicians.

The experience of meeting those young people wasn’t as pleasant as I had imagined. Although they were excellent, what they were saying about their care experience wasn’t. I was outraged at how their systems works in comparison to ours (which is by no means perfect.)

In Northern Ireland, young people only receive aftercare support if they are in full-time education.

It is always good to have an incentive to stick at education but to think that a young person could be left with no support at all enraged me. Care Experienced people are more likely to be excluded from school, less likely to leave with good grades and often moved around during term time. This sounded like young people who would struggle to be in education after the age of sixteen were being punished for something they had no control over. I couldn’t believe my ears as young person after young person told me that they had been forced to make life choices on their own, without even basic support.

During the session Paul, a youth worker, explained to the group on how Northern Ireland’s politics worked and how much religion plays a part in what happens. One thing that stood out for me was the terms he used to describe the parties ‘Green’ for catholic parties and ‘Orange’ for protestant parties I just couldn’t get over the role religion had within politics.

On arriving to the venue we were greeted by loads of young people, all interacting with each other and with the politicians. This was so nice to see.

Even though they had all come from different religions, areas and backgrounds they all wanted the same thing… their voices to be heard.

I was nervous about speaking but I was really looking forward to hearing the young people asking their questions and listening to the politicians reply. This was such an empowering moment and I felt so proud to be a part of the event.

I, surprisingly, felt quite calm until I moved to the table at the front and felt 100 sets of eyes on me. I introduced myself and spoke about what care experience I had. This was the first time I talked about my care experience in public and it was empowering. In this situation, I was finally able to see my care identity as a positive and not a negative. That feeling still comes to me, even as I type this.

To be able to represent Scotland’s population of Care Experienced young people was such a privilege and to be able to use my experiences of care to influence politicians in another country is a feeling that I cannot put into words. Going to Northern Ireland, meeting other young people like me and being asked to speak has had an impact on how I view my life, in all aspects.

I’m determined not to be just another statistic.

I am a Care Experienced young person who deserves the same or even better life chances as everyone else. to have this opinion of myself is surreal to me. I never thought I would make something of my life but being in Belfast has shown me that I can make a difference not only in my own life but in others too.